Previous Post
Next Post
More women are running America's largest corporations now than ever before. There are currently 37 women CEOs. However, women only comprise 7.4% of the Fortune 500 CEOs today.

Additionally, this list includes women who are leading companies that have hit the latest threshold of $5.7 billion for the first time — as well as companies that were previously run by men.

To be more well-connected with other women business leaders, request to be a member of our professional network of women business owners. We focus on business growth, networking and entrepreneurship. Learn more about ​Pailor here​.

Take a Look At These Eight Fortune 500 Female CEOs Below.

At the Pontiac Motor Division, Barra was a General Motors Institute co-op student and in 1980, chose to continue on a career path at GM. In 1985, Barra graduated with her Bachelor of Science degree in electrical engineering, and then went on to receive her Master's degree in Business Administration in 1990 from the Stanford Graduate School of Business.

Corie Barry​ — CEO and Best Buy Board of Directors.

Corie started her career at ​Deloitte & Touche​ as an auditor before joining ​Best Buy​. A Minnesota local, Corie holds dual bachelor's degrees in management and accounting from the College of St. Benedict.

Corie joined Best Buy in 1999 where she cross-trained in many departments throughout the organization, including at the corporate office and in the field. In 2016, Corie became Chief Financial Officer after fulfilling roles as senior VP of Domestic Finance, chief strategic growth officer, and interim president of the services' organization at Best Buy. Corie was named CEO of Best Buy in 2019.

Gail serves as President and CEO of ​Anthem, Inc​. and has worked three decades in the healthcare industry, with an exceptional record of brilliantly leading multi-billion dollar corporations. As the previous CEO of ​United Healthcare​ and EVP of ​Health Care Services Corporation​, Gail received her bachelor's degree from Dartmouth College and went on to receive her MBA from Columbia Business School.

Gail is currently serving on the board of directors for ​Zimmer Biomet Holdings​, has been named as one of ​Fortune Magazine's Most Powerful Women in Business​, and was featured by ​Forbes as one of 100 Most Powerful Women in the World​. In 2018, she received the ​Billie Jean King Leadership Award​ and was also named one of the 100 Most Influential People in Healthcare by Modern Healthcare.

4. The Hershey Company
Michele Buck​ — Chairman of the Board of Directors, President, and CEO

Michele is a native of central Pennsylvania and earned her Bachelor's degree at Shippensburg University. She then went on to receive her MBA from UNC at Chapel Hill.

She joined ​the Hershey Company​ in 2005 with more than 25 years of experience working with consumer packaged goods. Michele heads Hershey's North American operations department, as well as monitoring operations in South America and Central America.

The start of Safra's career at ​Oracle Corporation​ began in 1999. She has served on Oracle's board of directors since 2001, and as CEO of Oracle Corporation since 2014. Safra also served as president of Oracle, and as Oracle's chief financial officer.

Prior to being appointed president, Safra held numerous other positions within the company. Safra presently serves as a director with ​The Walt Disney Company​.

Mary served as Global Chief Marketing Officer and Executive Vice President for McDonald's Corporation​ from 2005 to 2010, and served as Director, President, and finally CEO of ​U.S. Cellular​. Mary serves as a Board of Directors member for Starbucks Corporation, KKR & Co. Inc. and was named CEO of ​Ulta Beauty, Inc.​ in June 2013.

Karen was awarded an honorary doctorate of humane letters from Becker College in 2015 and is a graduate of The Boston University Questrom School of Business and Boston College.

She currently serves as President and CEO of ​CVS Health​, where she virtually leads 300,000 colleagues and brings more than three decades of experience in health care under her belt.

She was EVP of CVS Health, as well as President of​ Aetna​ prior to becoming CEO. Karen served as president of Magellan Health Services, and held executive positions at Cigna​ before joining CVS Health.

Karen was also included on ​Business Insider's Top 100 People Transforming Business list in 2019 and was recognized by ​Forbes as one of The World's 100 Most Powerful Women In 2020​ and has been named to ​Fortune's list of the 50 Most Powerful Women in Business​ for the last five years from 2016 to 2020.

About Fundid
Fundid is on a mission to get women owned business the capital they need to grow so that we can all close the business wealth gap.  While 42% of business in the US are owned by women, they only account for 4% of revenue generated by private businesses.  We spend our time at Fundid thinking about what the world would look like if women also generated 42% of revenue and how to get them the capital they need to make that happen.  Fundid is a challenger business bank, business lender and grant marketplace built on from the feedback of women entrepreneurs. 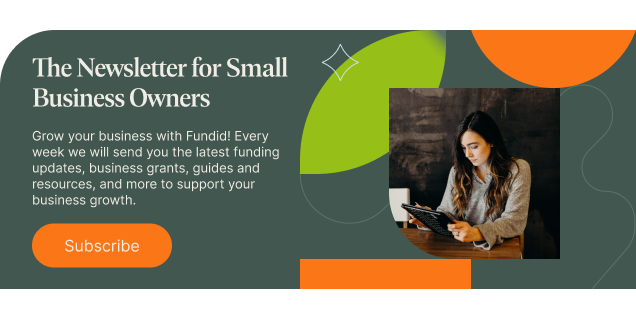 What These Four Women Did Right When Starting their Businesses

Starting a business can sometimes be a shock to the system. Many women have excellent, innovative ideas when creating an ...
Start Reading
Fundid Apr 29, 2021 9:14:00 AM 179 min read

In Charge: 4 Tips for Women CEO's

You've worked your butt off, you've sacrificed. You set your goals, and you achieved them. Now you're the boss. You are the ...
Start Reading