By Fundid on March 22, 2021 2 min read
Fundid is driven by mission to empower business owners on their growth journey by simplifying business finance & access to capital.
Next, we're creating a better path to credit and capital. Join our Business-Building Card waitlist to get early access.
Join the waitlist 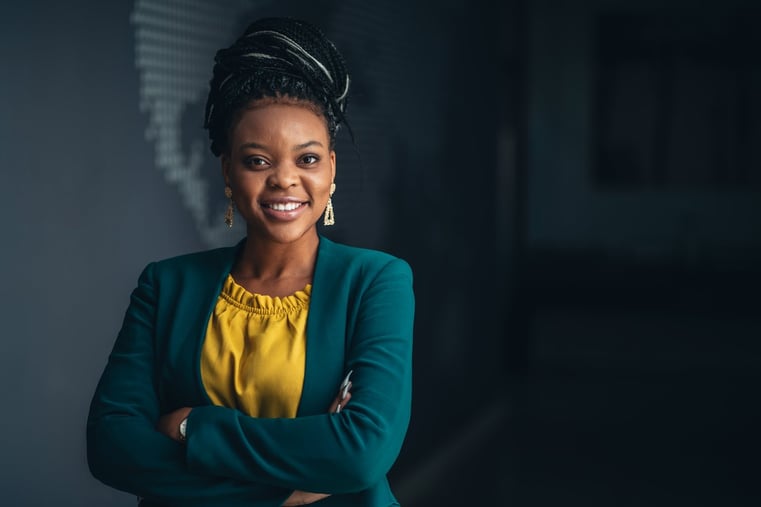 Women entrepreneurship is becoming less white. As of 2019, ​women of color own 50% of all women-owned businesses.​ Many of these business owners start their companies without venture capital funding. Despite these odds, these women are succeeding.

Here's a list of 5 black women entrepreneurs changing the game.

Kathryn Finney​ is the founder of Simply Good Media, a media company that strives to teach the world how to live great, for less. Kathryn is one of the most respected social media experts. She built the Budget FashionistaTM into a global brand that stretches across several platforms, including television, radio, internet, publishing, mobile, and merchandise. Additionally, Kathryn also operates the successful website, The Budget Fashionista and is the bestselling author of the book, ​How to Be A Budget Fashionista.

Nancy Twine​ started Briogeo after her mother tragically died in a car accident. She was working for Goldman Sachs at the commodities desk at the time, and her mother's death pushed her to change her career path. Her mother was a chemist, who created a natural face cream, and her grandmother taught her how to make products with natural ingredients.

She spent nights and weekends researching the beauty industry. In 2014, she launched her natural hair care line Briogeo. Briogeo targets consumers by hair texture (wavy, oily, dry, or thin), rather than ethnicity.

Briogeo was profitable from the start. By 2018, it earned $10 million. The company was also launched internationally in 2018. Furthermore, Briogeo is sold on Sephora shelves around the world and through UK online retailer CultBeauty.

Twine sold a minority stake in the company ​to Drunk Elephant investor VMG​ a few years ago for an undisclosed sum.

Plum Perfect is an app that scans your selfie to find the best makeup shades for your skin tone. It also works on various skin tones of women of color. ​Asmau Ahmed​ was a chemical engineer who transformed her passion to start Plum Perfect. Ahmed is listed as one of five "Top Women in Digital." Ahmed focuses on extracting business value from innovation.

Angela Benton​ founded NewME Accelerator, the first accelerator for minority founders. She was featured in CNN's documentary ​Black in America​. Streamlytics uses data science to measure what people are watching and listening to across streaming platforms.

Cashmere Nicole​ founded ​Beauty Bakerie​ in 2011 as a vegan, non-toxic, and cruelty-free lipstick brand. Bakerie is a cosmetics firm that creates long-lasting, smudge-free makeup for a wide variety of skin tones. Beyonce featured the lipstick on her website, and Nicole began marketing it on Instagram, where she now has over 1.2 million followers. Cashmere was inspired to work hard because she became a young mother at 16 years old. She vowed to work hard to give her daughter the best life possible.

Fundid is driven by a mission to empower business owners on their growth journeys by simplifying business finance & access to capital.

We spend our time thinking about what the world would look like if the 80% of businesses that have under 10 employees had access to the capital they needed to grow and thrive. We're solving this with our Business Capital, Business-Building Card, and Resources that include our business Grant Match Program.

Read more articles
3 min read
9 Business Grants For Women of Color
In a business world dominated by men, starting a business as a woman and sustaining it through...
2 min read
​7 Tips for Women-Owned Businesses to Get New Clients
While there are other ways to make your business grow, such as ​access to more capital​, there is...
2 min read
What These Four Women Did Right When Starting their Businesses
Starting a business can sometimes be a shock to the system. Many women have excellent, innovative...